Brandon Gerber is an ACE (American Council on Exercise) certified personal trainer who has worked for Durniat Strength since 2010. He graduated from Dalton High School and went to the Wayne County Schools Career Center for Exercise Science and Sports Medicine and finished as one of the top students. He continues to educate himself by annually attending the NSCA Ohio State Clinic along with other clinics around the United States.

In High School he was a successful basketball player and a sprinter/thrower in track & field, which motivated him to start lifting weights. As he got stronger, he began to compete in the Scottish Highland Games, Strongman, Powerlifting, and Grip Strength. Brandon has shown to do very well in Grip Sport, as he was the previous world record holder of the two-hands pinch event (206.6lbs) in the 83kg weight class and has placed in the North American Grip Sport Nationals the past 2 years. 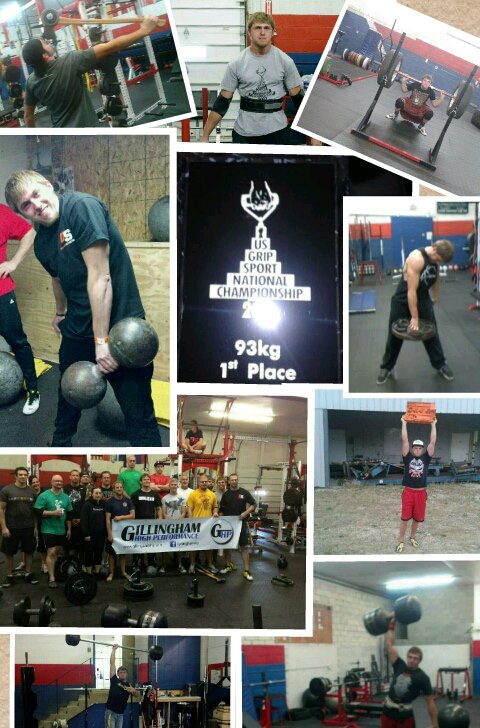 International Pinch/Pull- 15th out of 72